Zak’s has become a local landmark for cyclists

By Jason A. Mignanelli
The Tube City Almanac
June 08, 2022
Posted in: McKeesport and area news

The two Mikes – Jones and Kostyzak – behind the counter at Zak’s Bicycle Sales and Repair in Christy Park. The store has become a landmark for cyclists using the Great Allegheny Passage between Pittsburgh and Cumberland, Md. (Photo by Jason Mignanelli for Tube City Almanac)

What started as a small bike repair shop in a 900 square foot basement of an apartment building has become a successful landmark for cyclists just off the Great Allegheny Passage Trail in McKeesport at the mile 132.5.

“I guess the way it worked was that I had been laid off at different jobs and it was getting frustrating. I was like, ‘Damn, I can fail on my own. I might as well try something on my own,” Kostyzak said.

“I chose the bike shop because I’ve always had a passion for bikes. My older brother Bill taught me how to work on bikes behind our house when I was a kid. We used to work on the old Schwinn and some stuff like that,” he said.

Things haven’t always been easy, he says. Just like any new business struggles to get started, Zak struggles too.

“Mike Jones is my business partner now, but when he was young, his mom brought him into the store and said, ‘Hey, give my kid a job.’ I told him that I could barely afford to pay myself at the time, but promised him that when things were settled, I would hire him.Today, we are proud business partners and great friends,” Kostyzak said.

“Our customers have been really happy with the bikes we offer,” he said. 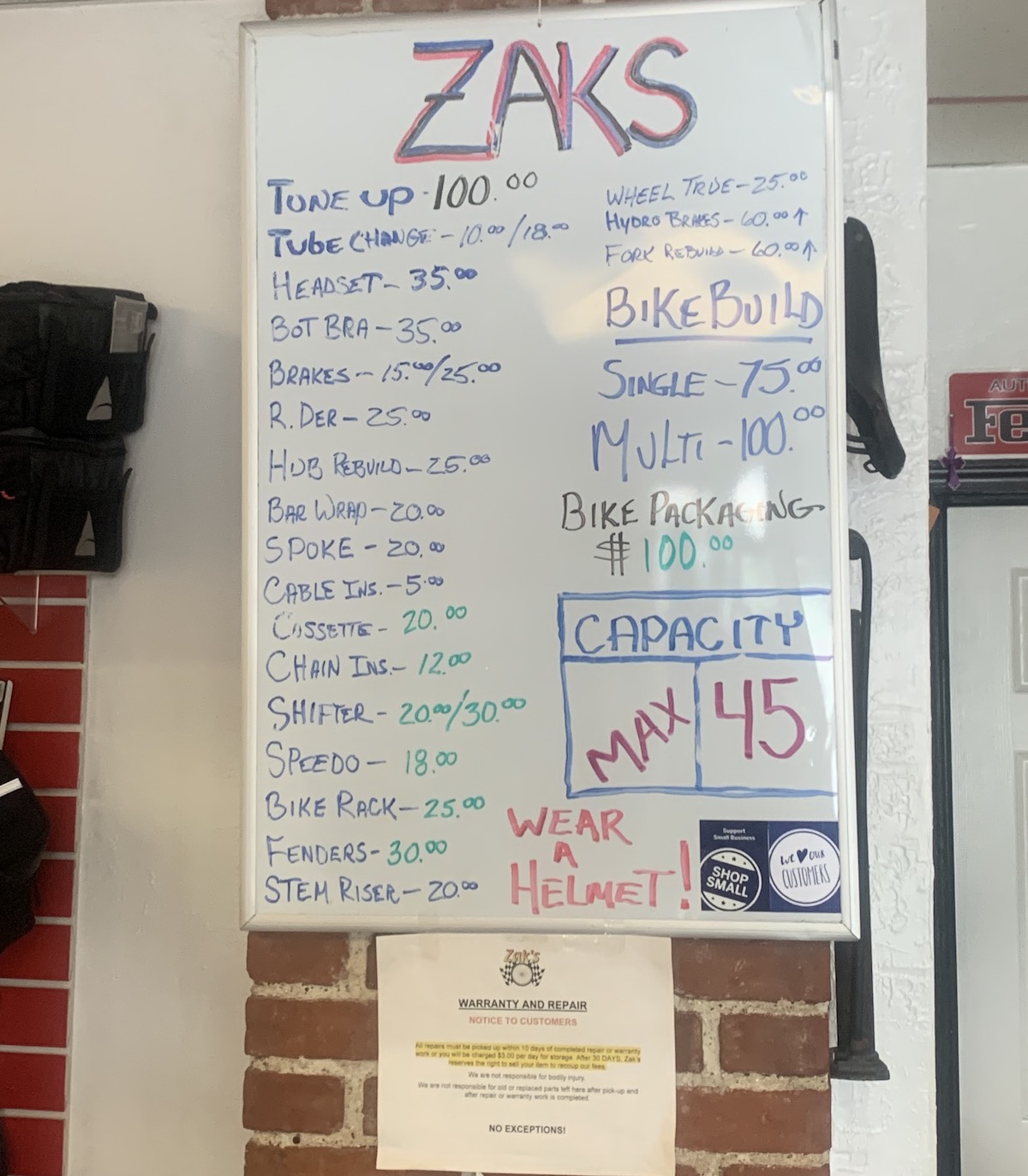 Zak’s also offers power-assisted bicycles, or e-bikes, which have exploded in popularity over the past few years. According to Consumer Reports, e-bike sales increased 38% in 2021 compared to 2020.

“We sell high quality e-bikes,” Jones said. “These are the ones that really assist the rider, but they are not scooters. Sometimes people confuse the two, but our e-bikes are really power-assisted, which means when you stop pedaling, the bike stops, which is also much safer.

E-bikes are popular with riders who have back problems as well as other health issues, Jones said. Zak offers both 20mph models as well as more expensive 28mph models, he said.

Although the store has moved a few times, its current location at 3014 Walnut St. is highly visible – and adjacent to the trail – which has helped the store grow.

“We’re well-placed here in McKeesport because it’s the perfect distance from downtown Pittsburgh for anyone traveling the Great Allegheny Passage,” Jones said. “It’s usually at this point on the trail that people realize they’ve forgotten something or have a problem with their bike. I don’t think there is anywhere else between here and downtown for people to stop off the trail and get fixed.

The COVID-19 pandemic has been difficult for all small businesses, but Zak has found business to be strong as new customers seek safe ways to enjoy group activities outdoors.

“A lot of people felt trapped and needed a safe hold to get out,” Jones said. “We were booming during the pandemic.” He and Kostyzak are still catching up on work they had to put off last year, including a stack of unopened bike boxes that have yet to be assembled.

Online reviews for Zak’s Bicycle Shop are filled with happy customers who rave about the customer service and the joy of supporting a local small business.

“We really don’t advertise. Most of our business is based solely on word of mouth. We have many regular customers. We also do rides with our customers and friends and usually those groups grow and more people tell other people about our shop,” Jones said.

Jason A. Mignanelli is a freelance writer from North Hills in Pittsburgh and a student at Duquesne University. He can be reached at [email protected]